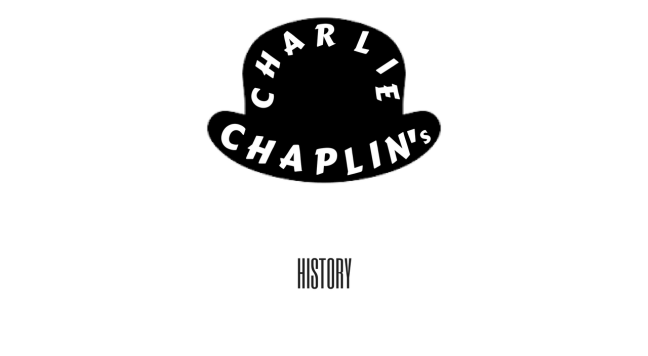 When writing the previous article in this series, I completely forgot to talk about one of the most famous directors and actors of all time, who I’ve mentioned numerous times in these articles before and who was also inspired to start making movies by George Méliès, just like D.W. Griffith. This man is obviously Charlie Chaplin.

Charles Spencer Chaplin was born, on the 16th of April 1889 in London, already in the film climate. His father and mother both worked as traveling theater actors. 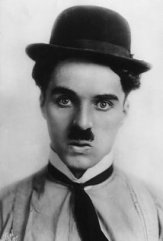 After the birth of this soon to be star his parents quickly divorced and Chaplin continued to spend his youth solely with his mom. Charlie also had a half-brother called Sydney, who was the son of Hannah, Chaplin’s mother, but he was not the son of Charles Chaplin senior. At a quite young age he lost pretty much all of the contact he had with his parents: his father died as an alcoholic when Charlie was merely twelve and due to this is mother became mentally ill. She was sent to an institute and died in 1928. Eighteen years earlier Chaplin left England to go the United States of America, where his film career would start. But even before that he had a little acting gig in a play about Sherlock Holmes, in which he played Bill. He’d first have some theater roles, but it was pretty hard to get a role for him as people saw him as “too shy” to be a theater actor. But in his first night in the London Coliseum the then teenage Chaplin blew everyone away with his acting capabilities and the contracts flew at him. Due to his good theater acting one of those contracts was from the New York Motion Picture Company for him to star in a film. That film came out in 1914.

In 1914 his first short film was released which he did not direct or wrote, but only starred. That film was called Making a Living and was also the mark of Chaplin’s rise to success.  The film only fills about 13 minutes and has Chaplin as its lead. This isn’t a good film in my opinion, but it does show the talent that Chaplin has, so if you’d like to see the film, here’s a link:

That same year he made over thirty different short films, so it was clear his talent was being discovered. In 1914 it’s also the first time his traditional character, with the silly walk appears. This was in the 1914 short film called Kid Auto Races at Venice this character would appear in a ton of his later films and it wasn’t after his 1940 film The Great Dictator he played a totally different characters.  Around seventy times The Tramp has appeared in his films. (he also made a movie called The Tramp) The others were practically all the same, with just slight variations, but nonetheless entertaining as he slowly grew to become one of the most famous mute film actors/directors. As 1914 was the year he started acting, it also was the year he directed and wrote his first film entirely on his own. Caught in the Rain was the name of the short and was evidently a comedy, something that’d become the trademark of Chaplin.

Chaplin was known for having no real shooting script, and would always tinker on the way, until he was satisfied with the result. Only in his later films there’d be a script. But by having no real shooting script, he would be filming for long days, which often didn’t even make the final cut, because he’d changed the idea of the story. This is why a lot of his movies were quite expensive.  Something Charlie Chaplin did as well was not only star, direct or write his films, he’d also compose its music. The man was talented, wasn’t he? 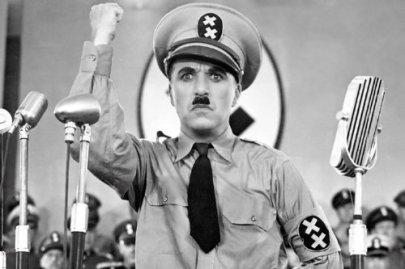 His later movies started to contain more sound, as sound got introduced into film. It is actually pretty amazing that Chaplin was so good, he was able to survive the transaction of going over to sound in film. Not a lot of actors survived that as the interest in silent films was dropping and the actors who worked in the silent films, turned out not to be good actors without overly exaggerated facial gestures. But Chaplin’s films were still able to entertain the audiences and he was still able to transact his soundless slapstick in these new sound included films.

His 1940 film The Great Dictator, which by the way was made with sound, might be his most popular film. He plays a parody of Hitler, and since Hitler wasn’t really a fan of that, and had the thought Chaplin was a Jew he banned the film in Germany. Whilst Chaplin wasn’t a Jew, he didn’t deny being one as his brother was one and he hated anti-Semitism and racism. The Great Dictator was shot over a period longer than a year was also his last film for quite some time. By that point in time he had already made a fortune.

Some years later he appeared in Monsieur Verdoux and after that in Limelight, A King in New York and A Countess from Hong Kong with A Countess from Hong Kong being his last film ever.  Chaplin was married to numerous women and even his granddaughter is still acting today, namely Oona Chaplin, named after one of Chaplin’s wives. She recently starred in Taboo together with Tom Hardy. Charlie Chaplin passed away in 1977. In his lifespan he earned himself two Oscars, one for his score on Limelight and one Honorary Award.
And now with this article I want to Segway over into the sound-period of film, which I very briefly discussed in this article, so the next article won’t be centered around a certain director, but more around film as a whole.