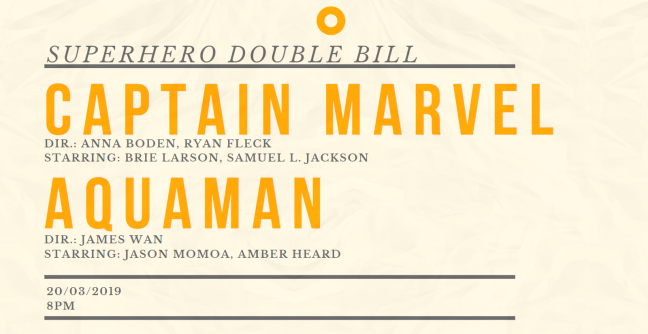 Recently two big-budget superhero films hit theaters; Captain Marvel and Aquaman. Aquaman got a surprisingly positive reaction from the fans, while Captain Marvel was, and still is, being bombarded by bad reviews from a bunch of people who can't get over the fact that Brie Larson wants more diversity in the industry. However, there have also been negative reviews concerning … END_OF_DOCUMENT_TOKEN_TO_BE_REPLACED

At its release, Wonder Woman got a lot of praise for numerous things. It was deemed to be the best superhero movie ever by some and others even thought that it had a chance at being nominated for an Oscar. Let’s just say that my expectations were quite high going into this film. Due to … END_OF_DOCUMENT_TOKEN_TO_BE_REPLACED

Before you shoot me for saying this, please read this article so you can understand my reasoning behind it. And I know that I've written in The Badness of "Passengers" that there's an overuse of clichés and that that's where the badness of that movie lies. But, notice the word overuse. Movies are bound to have clichés these days, … END_OF_DOCUMENT_TOKEN_TO_BE_REPLACED