People often place Insomnia at the utter end of their Christopher Nolan films, but is that really where the film belongs?

Christopher Nolan has produced ten films in the last two decades of which none have been bad or mediocre. All have been great in their own ways, so the film that’ll be ranked last, isn’t necessarily a bad film, it’s just not the best thing he has made.

Christopher Nolan’s film that got him on the ground was a decent debut film. It, of course, has its flaws, but they are outweighed numerous things and you also have to take into account that he only had around 6,000 dollars to create the film, 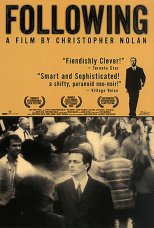 while also only having an hour or so to film, solely on the weekends because the actors had other full-time jobs. The none-linearity of this film already shows Nolan’s creativity in storytelling, even though it might not have been handled that well in this film, did show what we could expect. The camera work is also pretty impressive. In short: it’s a film that shows what Nolan had in store for us, but also that you can create a decent film with little to no budget when you have a story to tell. It’s the perfect film to show to someone who’s complaining he doesn’t have the budget to create a film.

The third and final installment in Christopher Nolan’s Dark Knight-trilogy is the lesser good of the three. Not saying that the film is bad, it was just underwhelming and fell in the shadow of its predecessors. 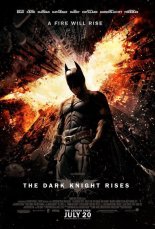 There was no way Nolan could surpass The Dark Knight, so it was to be expected that this one would suffer from that. It still had some good acting, characters, which were very interesting in this film, and a twist, which all kept the viewer engaged. Bane is also a very underrated villain as he’s seen as a “worse” villain than The Joker and not a lot of people pay attention to him, while he’s a well-developed villain, who actually achieves things in the film. He was wonderfully played by Tom Hardy.

The main reason I loved this movie is that with this film Nolan made Batman cool again. 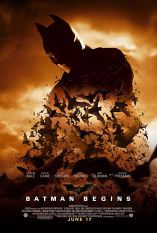 After Batman and Robin and Batman Forever, there wasn’t a lot of hope for good Batman movies. Then Nolan got announced and a spark of hope was born. Not only hope was born, but Batman was born again. This film re-invented Batman with a more realistic and dark approach, which totally fitted the character. It’s the beginning of an awesome trilogy, which introduced us to the new iteration of the character, this time portrayed by Christian Bale, who would go on to give an amazing performance in all of the three films and also become a lot of people’s, including mine, favorite Batman/Bruce Wayne.

Interstellar is a visually stunning film with a fantastic soundtrack and great acting all-around. The story’s clever, but in the end of the movie, the film lost me. Well lost me is maybe a bit exaggerated,  but I was a bit disappointed by it, let me put it that way. Overall the film definitely is worth a watch. There’s some breathtaking cinematography plus some incredible and impressive practical effects that made the film more believable, yet it’s a science fiction film.

If you haven’t already, go see this film in IMAX, it’s worth the extra bucks. 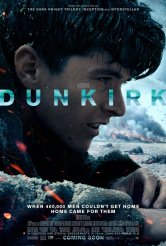 The sound design and the soundtrack in this film were absolutely amazing, maybe the best I’ve heard in years. The characters were lacking, but I think that there’s a reasoning behind it, which is that each character represents every soldier that fought at Dunkirk and that the characters could’ve basically been anyone. The main focus of the film’s also not put on the characters, unlike most Nolan films, where the characters are thoroughly developed. Here the focus lies on the war and what war does to people. The film’s trying to portray a realistic, horrifying war and that they succeeded in doing that with a pg-13 rating already says enough.

Insomnia might be Christopher Nolan’s most underrated film for reasons I don’t know.

Is it because it isn’t his most Nolan-esque film? Is it because he wasn’t credited as a writer (even though he did write the final draft)? I don’t know. It’s a film about a detective who’s come to Alaska to solve a murder mystery. As he’s trying to do so, he slowly starts losing his mind after not being able to sleep, which is not that convenient while solving a murder mystery. This all leads to an interesting, suspense filled one hour and fifty-eight-minute joyride, also including some fantastic editing (really underappreciated for this aspect, the mist scene is just brilliant and so is the chase sequence over the logs), stellar acting and well-developed characters. I really recommend seeing it when you can.

The Prestige tells the story of two rivaling magicians. The movie brilliantly sets up the relationship between the two magicians, which will ultimately resolve into an obsession. As ridiculous the film might get as the rivalry grows, it still stays grounded, due to the explanation of the magic tricks in the beginning. That together with the twist at the end, which Nolan brilliantly hints at throughout the film with details hidden in plain sight, is what really makes this film as good as it is.

The second film of Christopher Nolan was a stunning masterpiece.

It contains the best performance of Guy Pierce, but also a simple story told in a complicated way. At the core, this is just a revenge story, well it just seems like it’s just that but, there’s so much more to it. It’s a psychological study of Leonard, the main character who’s suffering from memory loss every fifteen minutes or so (it’s been a while since I saw the film), and it’s about what he’s going through. We got an in depth look into his character, which made the film more interesting as it already was. The way it’s told in reverse is both a clever and ingenious approach to tell the story. It’s a really great representation of how it is to have Leonard’s condition and is more than worth your time.

The villain alone is worth a watch, who was brilliantly performed by the late Heath Ledger. It’s probably one of my favorite performances of all time. Not only Heath but also Christian Bale, Michael Caine, Aaron Eckhart (what’s he doing here?)… all gave fantastic performances. Together with well-written dialogue and a solid story, the film became better as the minutes passed. Its emphasis lies on the characters, which creates relatable, realistic characters to watch on screen. The film added to the already fantastic reinvention of Batman in Batman Begins and is, in my opinion, the best “superhero” film to ever be made.

and that’s basically become a cliché to have at your number one in a ranking of Christopher Nolan’s films: Inception.  It’s an amazing film. Everything from the original and complex story to the equally complex characters, to the flawless directing to the stunning cinematography, to the timeless score makes Inception the masterpiece that it is.

That’s my ranking of all of Christopher Nolan’s films, how would you rank them? Comment down below! This is also the last article in “Nolan”-week that has been going on on this blog for the past week, because, as you probably know, Dunkirk was released. In that week I wrote An Ode to Christopher Nolan, reviewed Dunkirk and now have ranked all of his films, including Dunkirk. I’ll end this article with a quote from my favorite Christopher Nolan film:

“What is the most resilient parasite? Bacteria? A virus? An intestinal worm? An idea. Resilient… highly contagious. Once an idea has taken hold of the brain it’s almost impossible to eradicate. An idea that is fully formed – fully understood – that sticks; right in there somewhere.” – Cobb in “Inception” – 2010